The Transatlantic Flight of Alcock and Brown
The Aviators John Alcock and Arthur Brown made the first non-stop transatlantic flight in June 1919. They flew from St. Johns, Newfoundland to Clifden, Connemara, Co. Galway in a modified First World War Vickers Vimy bomber. As a result they won the Daily Mail prize of £10,000 for the first crossing of the Atlantic Ocean by aeroplane in less than 72 hours.  They also carried a small amount of mail on the flight, making it the first airmail flight across the Atlantic Ocean.
Captain Sir John William Alcock
John Alcock was born in 1892 in Manchester, England. At the age of 17 he became interested in flying and gained his pilot`s license in November 1912. During the First World War he became a military pilot and was taken prisoner in Turkey after the engines of his bomber failed over the Gulf of Xeros. Alcock remained a prisoner of war until the Armistice and retired from the Royal Air Force in March 1919. After his famous flight in June that year, Alcock was killed when his plane crashed on the way to a post-war aeronautical exhibition in Paris.
Lieutenant-Colonel Sir Arthur Whitten Brown
Arthur Whitten Brown was born in 1886 in Glasgow to American parents. He began his career in engineering before the outbreak of World War 1. After being shot down over Germany he became a prisoner of war. Once he was released and back to Britain, he continued to develop his aerial navigation skills.  After the war  Brown approached the company Vickers Aircraft seeking a post. His knowledge of long distance navigation convinced Vickers to hire him as the navigator of the transatlantic flight. Brown later returned to engineering and was general manager of the Metropolitan Vickers Company in Swansea. He died on 4th October 1948 from an accidental overdose of Veronal. 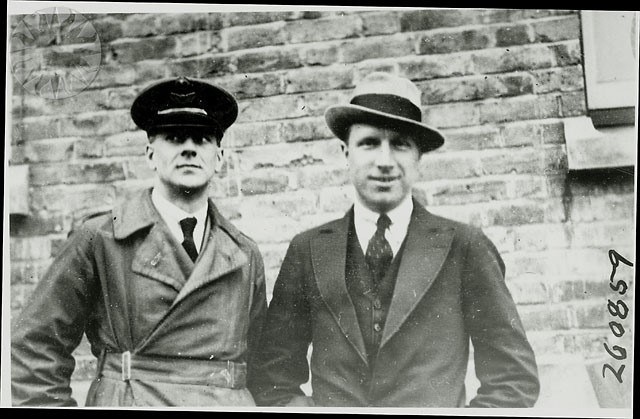 The Prize
Six years before the success of Alcock and Brown the London newspaper Daily Mail offered a prize of £10,000 to
“the aviator who shall first cross the Atlantic in an aeroplane in flight from any point in the United States of America, Canada or Newfoundland and any point in Great Britain or Ireland in 72 continuous hours”
The Flight
On June 15th 1919 the pilots Capt. John Alcock and Lieut. Arthur Whitten-Brown crash-landed their Vickers Vimy aircraft south of Clifden in the Derrigimlagh Bog. The flight from St. Johns in Newfoundland took the pilots sixteen hours. After an almost trouble-free start they ran into the first problems. Fog and a cloud reduced visibility were causing the first difficulties. Shortly after, the radio failed and conversation became impossible after starboard exhaust and silencer disintegrated. The two men were flying through hail, rain and snow. The freezing cold made the controls freeze up and Lieut. Brown hat to leave the cockpit on six occasions to manually clear ice from parts of the aircraft.
The pilots decided to land in County Galway and made landfall at the entrance of Clifden Bay. Their plan to attract attention by flying over the Marconi Wireless Station failed. They mistook a stretch of bog for a smooth green landing strip and chose this for their landing. Shortly after the wheels touched the ground they sunk into the bog and the nose dipped. Luckily neither Alcock nor Brown suffered serious injury from their dangerous landing. On the 15th of June after singing many autographs for numerous people they left Clifden. The men were headed towards Galway, Dublin and finally London to not only collect their price money of £10,000 but also being knighted by King George.
Derrigimlagh Bog – Wild Atlantic Way Signature Point
The flight-landing site can be visited all year. Visitors can approach a five kilometre looped walk in the Derrigimlagh Bog. The Derrigimlagh is one of fifteen Signature Discovery Points along the Wild Atlantic Way. Along the walk are seven stop points such as Marconi`s Condenser House, Power Station and Social Club, as well as the cairn highlighting the landing of Alcock and Brown. On the walk are a number of art installations celebrating the site`s history of innovation.
Additionally visitors can find a sculpture of a plane's tail-fin on Errislannan Hill about a mile north of the landing spot which was erected to mark the 40th anniversary of the landing, on June 15th. 1959. 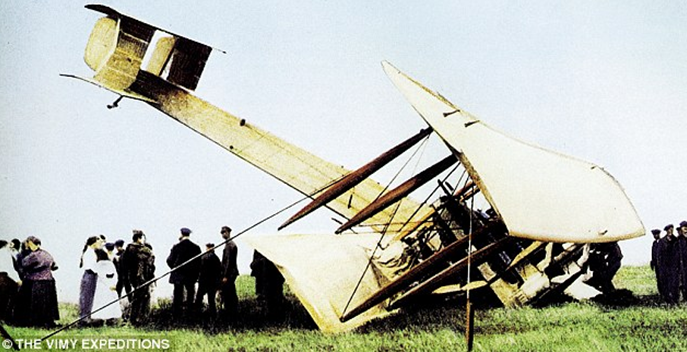 Directions:
Leave Clifden on the Ballyconneely Road and follow the R341. After 4 km you will see the parking space of the looped walk of the Derrigimlagh Bog on the left side of the road.
The Sculpture on Errislannan Hill is located on the same route but instead of turning left at the parking space make a turn right and after 500m you will reach the Sculpture. 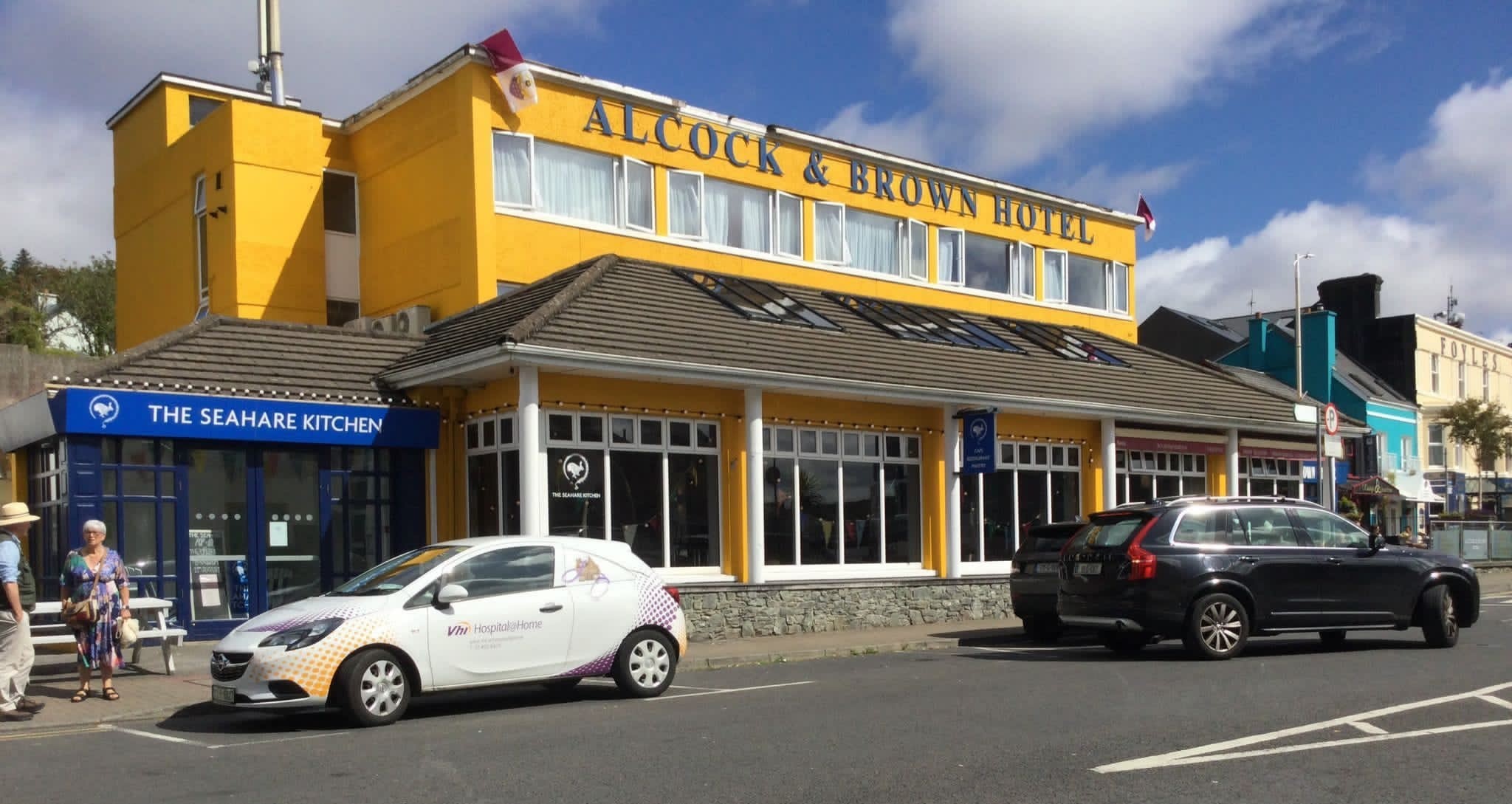